An Inventory of Al-Mutanabbi Street 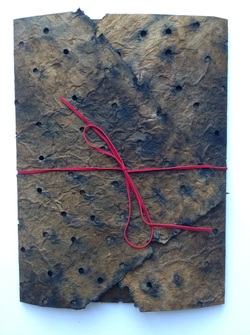 On March 5th 2007 a car bomb exploded on Al-Mutanabbi Street, the historic centre of old Baghdad in a mixed Sunni-Shia area. The street was before March 5th, lined with beautiful Ottoman era architecture and a vibrant area filled with many bookstores and cafes. The book market is regarded as an outlet for Iraqi people to meet, talk and exchange views. The bomb destroyed many lives, killing thirty people.
In reponse to the attack, Beau Beausoleil put forward a call to artists and poets to make a response to the event. An exhibition of broadsheets, and an anthology of poetry has already been made, and this is now being followed by a call to book artists. Pages of Time was my response.
For more infomation, visit http://www.al-mutanabbistreetstartshere-boston.com/ 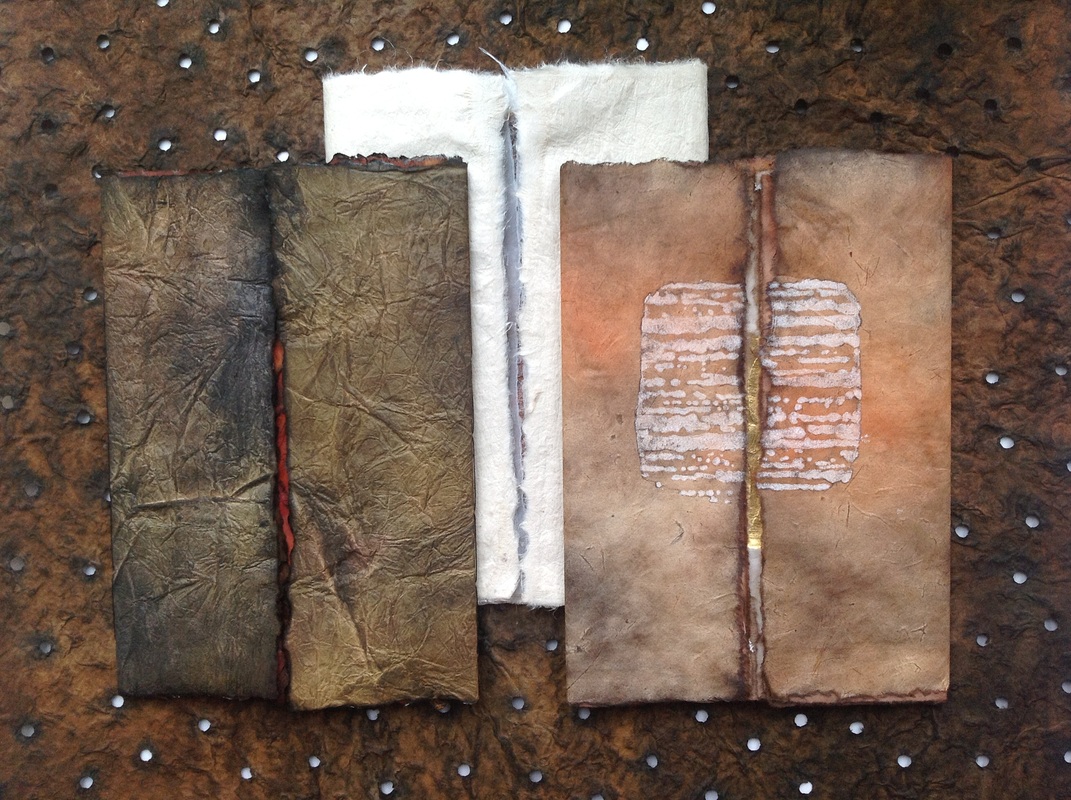 Pages of Time contains three responses to the bombing of Al-Mutanabbi Street. Random moments change lives.These books represent my response - a small gesture in the face of ongoing grief, a gesture of remembrance, for to remember is to keep alive. 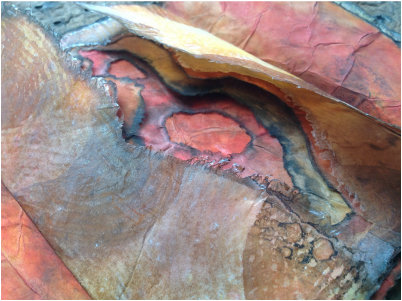 The silhouette of an absent figure lays in the centre
of the book, a wound exposing pain and loss. I cannot find adequate words to convey the horror of such violence against innocent people, or when trying to describe such raw emotion. 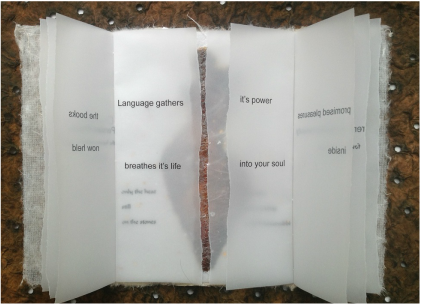 These words are taken from Eileen Grace O'Malley Callahan's poem Al - Mutanabbi Street. I imagine this was written soon after the attack. In difficult times we search for meaning, for ways to carry on. I have lifted a few of her words - words which may contain the possibility of hope. I feel that to hold on to hope is to deny these attackers their moment of power, an act of defiance toward those who seek to destroy. 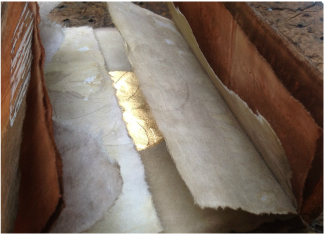 When standing in front of some ancient cuneiform tablets on show in the British Museum a school party arrived next to me. Their guide explained that when the city was invaded, ransacked and set ablaze, the invaders actions had fired the clay tablets, thus preserving them. I was left thinking again how the human spirit finds ways to prevail. These ancient tablets are still speaking to us today hundreds of years later. The book's content is enclosed within a cuneiform tablet, opening to remind us of the heart still held.

These shadows and marks were left on sheets of plastic after layers of ink had been applied to the paper. The hollow figure remains, a memory, recording a moment of time. Echoes and traces left behind. While not part of the books, they are never the less a part of the process and I felt reluctant to let them go unnoticed!!

I would like to thank Eileen Grace O'Malley Callahan for her kind permission to use her words.