"The sea has many voices...”
TS Elliot

“It is a curious situation that the sea, from which life first arose should now be threatened by the activities of one form of that life. But the sea, though changed in a sinister way, will continue to exist; the threat is rather to life itself”.
Rachel Carson The Sea Around Us.

'The Waves’ consists of a series of six books which respond to concerns about plastic pollution. Each book forms a wave shape which rises up carrying with it seaweed shaped pages. As the pages spill forward they bring with them the ‘voice’ of the ocean. Words tumble - advance and retreat, some becoming clearer, others only just visible.

​The statistics concerning levels of plastic in the worlds oceans are shocking with some scientists believing the issue has surpassed climate change in needing our urgent attention. An estimated 8 million tons of plastic is dumped in the ocean every year. Nowhere is immune. Studies inform us that over the last ten years we have produced more plastic than during the whole of the last century. Furthermore enough plastic is thrown away each year to circle the earth four times.

Plastic does not break down, it just keeps reducing in size getting smaller and smaller until it becomes microscopic. These tiny particles then enter the food chain affecting the smallest organisms all the way through to the largest predators. One study found up to 12,000 pieces of micro plastic per litre of of sea ice in samples taken from five areas in the Arctic regions. Sadly the Arctic is just one area that has become a major global sink for plastic pollution.

Plastic has been incorporated into some of ‘Wave’ books. At first glance they appear like paper - like micro plastics they are not obvious. They represent the idea of  'we see, we don't see', and are a symbol of our ambivalent relationship with plastic.

Now is time to change our attitude toward plastic use and to think about alternatives where possible. All change starts with a small action...it is possible to make a difference if we have the knowledge and the will. 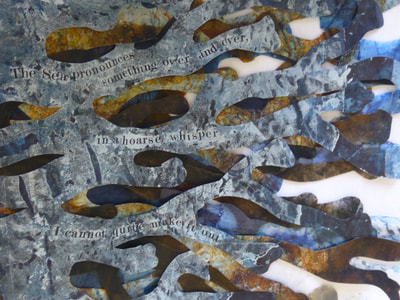 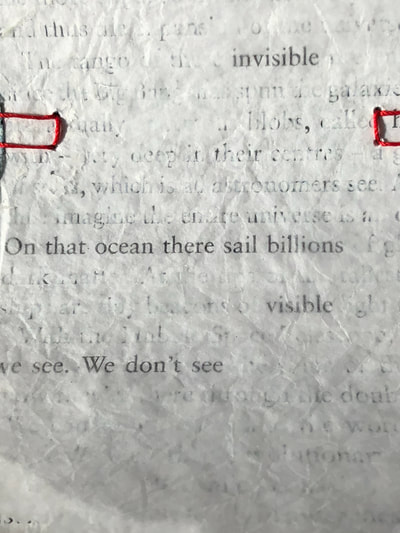 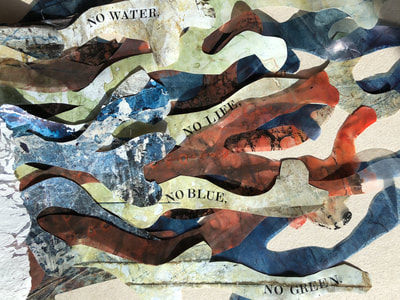 "The waves broke and spread their waters over the shore. One after another they massed themselves and fell; the spray tossed itself back with the energy of their fall. The waves were steeped deep blue save for a pattern  of diamond - pointed light on their backs which rippled as the backs of great horses ripple with muscles as they move. The waves fell; withdrew and fell again, like the thud of a great beast stamping"
Virginia Woolf 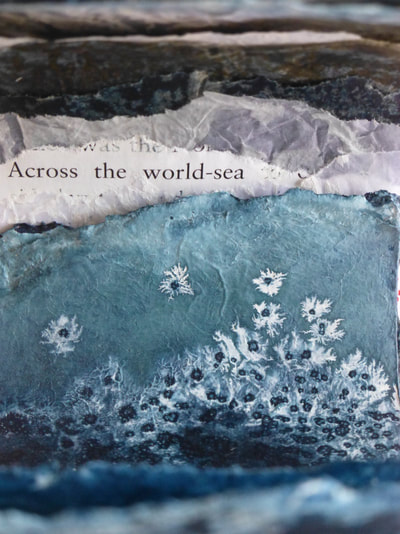 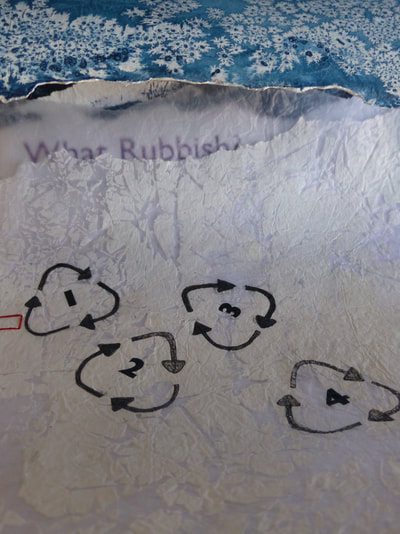 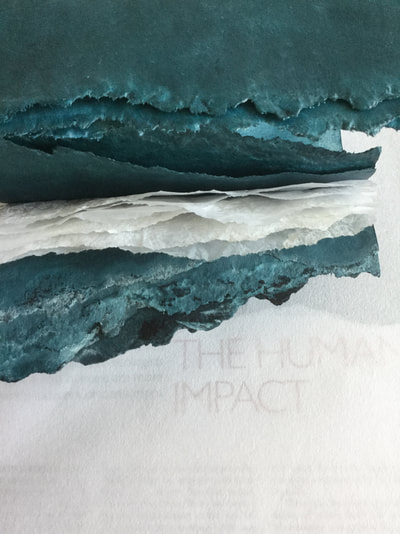 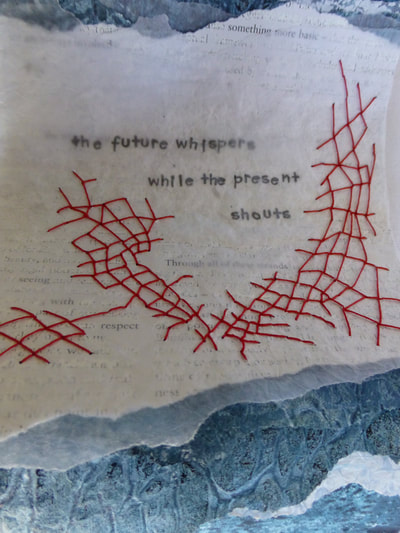 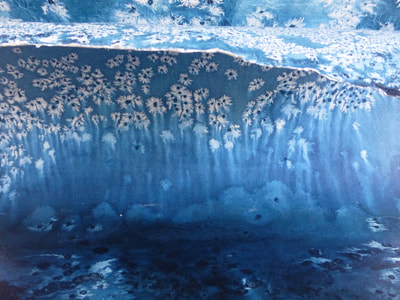 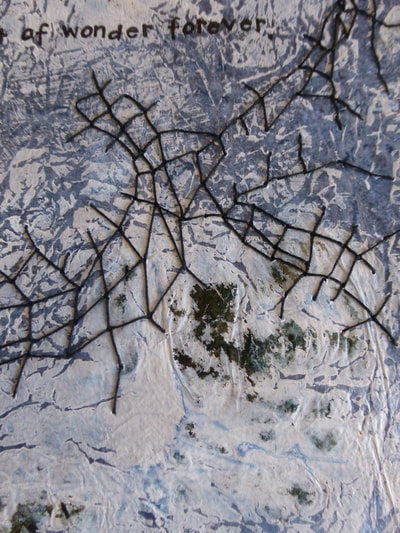 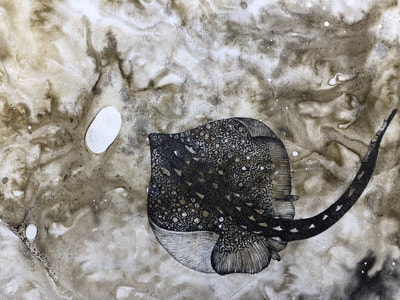 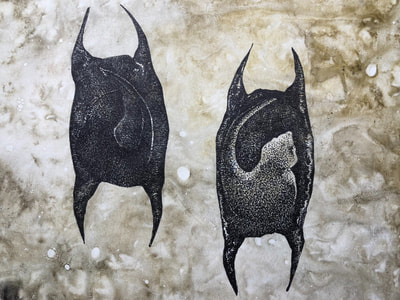 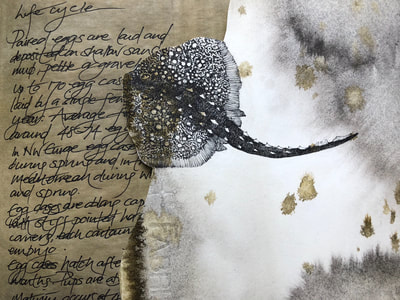 The Thornback Ray
Artist Book
​A contribution to the 200 fish project to raise awareness of fish found in the North Sea.
transitiontownlouth.org.uk 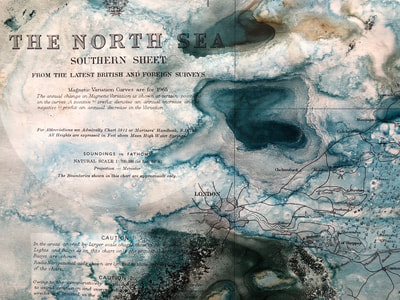 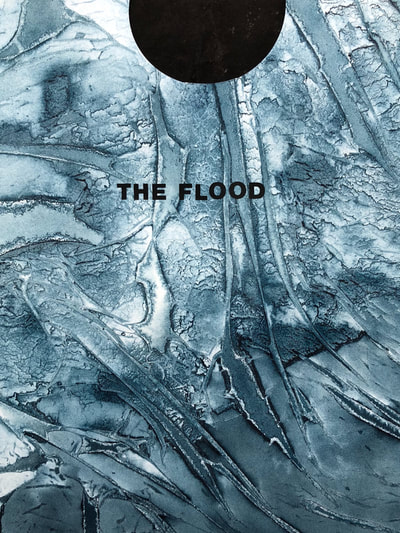 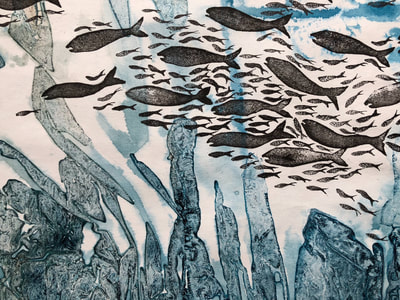 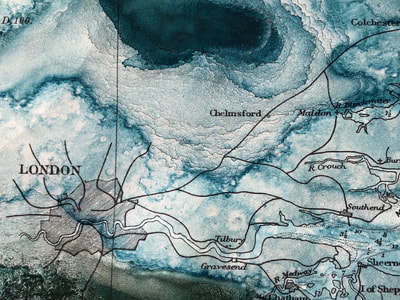 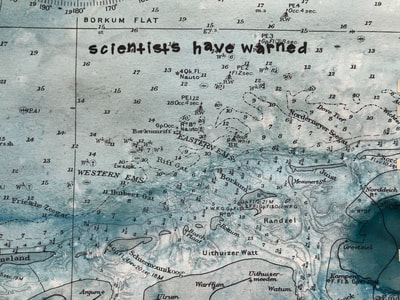 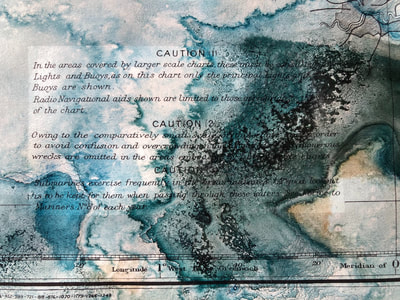